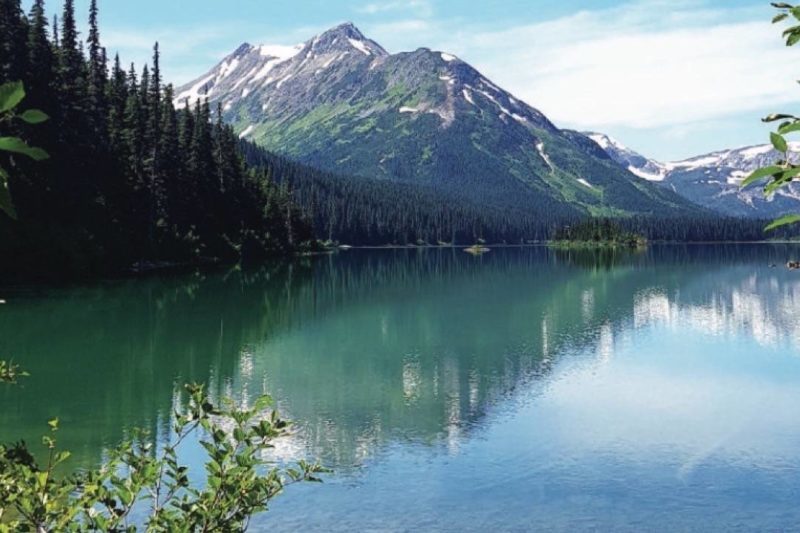 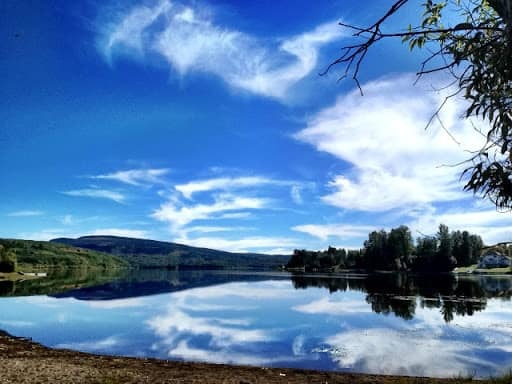 Burns Lake, heart of the scenic Lakes District along the Yellowhead Highway 16 in Northern British Columbia, is a community with big dreams. Residents are confident the region’s wealth of natural resources – particularly its 3,000 miles of fishing – hold the promise of future prosperity. After one visit to the area, you’re sure to agree.

The community of Francois Lake is just 23 km (14 mi) south following Highway 35. This beautiful lake is 110 km (68 mi) long and the second longest naturally occurring lake entirely within British Columbia. The lake is popularly fished for Rainbow Trout and Char.

Burns Lake and the Lakes District cover an area of approximately 1.5 million hectares, with 9% of this comprised of lakes and 2% consisting of the northern portion of Tweedsmuir Park.

Burns Lake is located within a 90 km (56 mi) radius of the geographic centre of British Columbia midway between Prince George and Prince Rupert. Nearby communities include Houston 80 km (50 mi) to the west and Fort Fraser 91 km (56 mi) and Vanderhoof128 km (80 mi) to the east.

A Step Back in Time

The body of water from which the community derives its name was officially “discovered” by the Borland Expedition, whose members passed through the area while surveying a route for the Overland Telegraph. Legend has it that shortly before the Borland Expedition arrived, a tremendous forest fire swept through the area, blackening trees and generally turning the countryside into a sooty mess. The charred landscape prompted members of the expedition to dub the long, narrow body of water lying at the bottom of this unknown valley as “Burnt Lake” – a name that over the years became “Burns Lake”.

Reports of the forest fire deterred settlers from coming to Burns Lake. As a result, settlers didn’t arrive in the area until 1911 when construction crews arrived to begin work on the Grand Trunk Pacific Railroad. Many of these men, upon seeing the area’s potential, elected to remain behind when railroad construction moved westward; others, lured by the promise of inexpensive land, arrived by train to begin a new life.

Judging from early accounts, life in the Lakes District during those early years was a challenge. There were few permanent residents of the area, and even fewer homes. The train arrived three times a week, stopping only long enough to unload mail and what meager supplies the settlers could afford. The area’s train station was merely a wide spot on the rail grade, with no permanent structure.

Into this scene swaggered red-haired Trygarn Pelham Lyster Mulvany, who was more commonly known as “Barney”. He arrived in the area with the contents of a construction camp he’d won in a poker game. He pitched two tents in a conspicuous location along the rail line not far from the lake; one became a cook tent, the other a 12-bed hotel. Twenty-four transients arrived for dinner the day he opened for business.

Canvas-walled tents gave way to sturdy log cabins as more settlers arrived in the area. In 1923, Barney’s old “tent town” was incorporated as the Village of Burns Lake. It was at that time a small, but vibrant community of 150 people – most of the men.

Burns Lake has come a long way from its humble beginnings. Although the community has retained its pioneer spirit and small-town charm, today it is a modern community. It is also the largest village in British Columbia. Forestry, farming, and tourism fuel the area’s economy, giving it economic stability. Meanwhile, its strategic location in the middle of BC makes it an ideal service centre.